Psychological trauma is, according DSM 5 classification a “trauma and stressor-related disorder” instead of an anxiety disorder like in DSM 4 classification. It is also common to say Post Traumatic Stress Disorder (PTSD), Psychotraumatic Disorder or simply psychological or psychic trauma.

When does one get PTSD?

To be affected by psychological trauma or PTSD, one must generally have been confronted with an event that brutally confronts the possibility of one’s own death or that of someone else. The other modality is to be confronted with the eventuality of losing one’s physical or psychic integrity or to be the witness of a scene where a third party could lose his physical or psychic integrity.

In reality, these are situations in which a person completely loses control of what is happening by being suddenly, abruptly confronted with something unthinkable and unrepresentable. These situations can occur in accidents, violent acts of delinquency such as robberies, rapes. Military personnel and first-aid workers are more often exposed to this risk than other groups of the population. 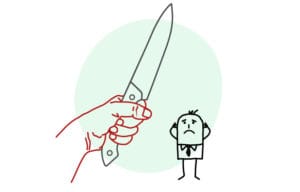 What is the confrontation with death or the loss of one’s physical or psychic integrity?

Feeling the eventuality of death can happen by suddenly seeing a corpse or body parts, for example. Sexual assaults such as rape often reduce their victims to objects. Psychologically, this translates into the loss of one’s physical or psychological integrity. Trauma can also occur in the course of an event that is less dramatic from an external point of view. But for reasons that are specific to the person and the moment, the event still takes on a traumatic character. People may not be aware of the trauma at the time and it is only after the fact, sometimes after several weeks or months, that traumatic symptoms will appear. This is known as the latency period or incubation period. In all situations, the symptoms of PTSD are very specific. Let’s see how.

What are the main symptoms of PTSD?

In a non-exhaustive way, we will observe:

A repetition syndrome made up of repetitive, intrusive memories of the traumatic event(s). These memories provoke a strong sense of distress. Repetitive dreams or nightmares related to the traumatic event are frequently reported. The repetition syndrome is not a simple memory relived over and over again. It is all or part of the event that is relived in its sensory and emotional modalities. That is to say that the person really relives the scene in a loop “as if he or she were there” through the elements that most marked it, memories, physical sensations, emotions. This makes the “memory” very vivid, hence the term psychotraumatic reliving. For example, it is common for an assaulted person to feel for years, the smell of the place, the scent of the perfume, of breath or sweat of the assailant. The emotions reported are frequently anger (even rage…), fear, disgust. This type of phenomenon can be very incapacitating by bursting into daily life without the person being able to control their occurrence.

We can observe dissociation (a pathologic change of person’s state of consciousness). People feel like they’re there without being there, like they’re somewhere else, different, weird... This is called derealization, which means that reality is no longer perceived in the same way as before the trauma. We also talk about depersonalization when the person has the impression of being different, of no longer being the same person as before.

Neurovegetative disorders consisting of hyper vigilance, a state of alertness, startle reactions are often present. In fact, one can have the impression that the person is constantly on the lookout for a new trauma to erupt.

Strong and abnormal physiological reactions such as dry mouth, headache, the feeling of having your legs cut off, dizziness, fatigue are present and very incapacitating.

Whether or not the person is aware of the trauma, it is common she says there is a “before and after” the traumatic event. A trauma often changes the course of an existence. After the trauma, one must rebuild oneself.

In addition to the traumatic symptoms, mood disorders, other anxiety disorders and somatic diseases are often observed. These can be very varied. 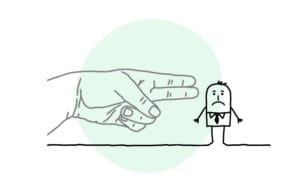 How to treat trauma?

So-called trauma-focused therapies are recommended by WHO. These psychotherapies are primarily EMDR or other forms of CBT. Biological treatment (hypnotics, antidepressants, anxiolytics, neuroleptics) is often used in addition to psychotherapy, at least during the most difficult phases.

Some studies shown that Propranolol could be effective to treat PTSD.

Other phase 3 trials shown that MDMA-assisted psychotherapy is efficacious and well tolerated in a large sample of adults with PTSD. This treatment is still currently experimental.

Offering trauma-focused psychotherapy such as EMDR as soon as possible. This type of approach is recommended by health authorities.