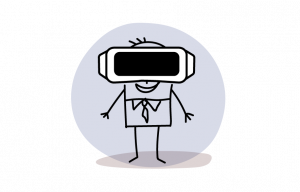 Virtual Reality Exposure Therapy is a type of Exposure Therapy, which can be a very effective treatment for anxiety disorders. It consists of immersing the patient in a computer-generated virtual environment.

Five things you need to know about exposure therapy

In recent years, the most widespread and effective treatments for anxiety disorders have been based on exposure techniques (Nathan & Gorman, 2007), which consist of facing a dreaded situation repeatedly, progressively and systematically, under the supervision of a psychotherapist. Although sometimes controversial, exposure therapy is still considered one of the most effective psychological techniques for the treatment of phobias and anxiety. It is therefore an essential tool in cognitive behavioral therapy (CBT) for the treatment of phobias, panic disorders, post-traumatic stress disorder, obsessive compulsive disorder and social anxiety disorders. Exposure therapy can take many forms, and treatments can vary considerably from one individual to another.

1. What is exposure therapy?

Exposure therapy involves encouraging patients to “face their fears,” that is, to expose them to the object or situation that is causing them anxiety and stress. Beginning in the 1950’s, exposure therapy has been a treatment for phobias and anxiety. It helps to change the behaviors that disturb the subject. Exposure therapy can be conducted in several ways. It is up to the professional to determine which type of exposure therapy is best for the patient and how long the treatment should last.

2. The different types of exposure therapy

The in vivo exposure

It consists of exposing the patient directly to the dreaded object, situation or activity. Exposure therapy for phobias, for example, involves asking a person who is afraid of spiders to touch or approach them.

In this scenario, the patient is asked to imagine the object, situation or activity he or she fears. If a person is suffering from post-traumatic stress, for example, the therapist may ask the patient to look back on his or her traumatic experience and describe it in order to overcome feelings of fear.

The exposure by virtual reality

Virtual Reality Exposure Therapy (VRET) is an excellent option for cases where it is difficult or impractical to recreate real-life situations such as the fear of flying, for example. Moreover, in many cases, virtual reality seems less threatening to the patient than in vivo exposure, which increases the chances of success.

We use the exposure to the physiological sensations feared by the patient. For example, it is common for patients suffering from panic attacks to think they are having a heart attack during their attacks. Exposure exercise may then consist of running on the spot to increase the heart rate and observe that there is no danger even when the heart is beating rapidly.

3. Virtual Reality Exposure Therapy can be as effective as in vivo exposure (in reality)

Exposure by virtual reality can be a very effective treatment for anxiety disorders. It consists of immersing the patient in a computer-generated virtual environment. In numerous studies, virtual reality exposure therapy has been shown to be effective in reducing fear of heights, fear of flying and other anxiety disorders. Virtual Reality Exposure Therapy is an advanced and effective technology that is revolutionizing the world of mental health. Scientific evidence shows even more effective results from virtual reality exposure therapy than conventional therapies.

4. There are different degrees and types of exposure

Exposure therapy is organized according to what is most appropriate for the patient and his/her pathology. Generally speaking, exposure therapy is effective as long as it strongly activates emotions, is progressive (no sudden exposure!), repeated (otherwise the learning process does not take place in the nervous system) and each exposure significantly reduces anxiety (compared to the stress peak at the beginning of the session).

There are 3 stages in exposure therapy.

The goal of exposure therapy is to extinguish or significantly reduce the anxiety response.

On this chart, we observe that the more we expose the person, the more his anxiety decreases.

5. Exposure therapy is the most effective method of treating anxiety disorders

Anxiety disorders are among the most common pathologies. In the United States, 18.1% of the population (approximately 40 million adults) is affected each year, and only 36.9% of sufferers receive treatment. In the United Kingdom, 7.8% of the population meets the criteria for anxiety and depression. Spain’s figures are not much more promising with 7.36%. Overall, it is estimated that 7.3% of the world’s population suffers from anxiety disorders.

Here you will find numerous researches done in recent years on exposure therapy.

A very good book on exposure therapy. The content is excellent, unfortunately the book is full of typos… For general public or professionals.