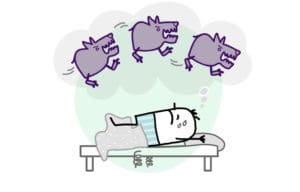 Anxiety disorders and phobias are characterized by, among other things, an exaggerated state of fear. An anxious person has fears about what he or she excessively worries. It’s as if his or her alarm system for spotting trouble or risks is overly sensitive by lighting up for a yes or no.

As an example to help you visualize, an anxious person passing under a roof is watching for the tile that could fall on his nose and he or she is also watching even when there is no roof…

Fear is an emotion characterized by an anxious state accompanied by real or perceived danger or threat. Fear is normal and useful. It is a fruit of the evolution of species, which protects us from danger. Without fear, we are doomed to certain death by frequent endangerment. Many people are afraid of snakes or spiders while very few have been bitten while many people have already burned themselves with hot iron and nobody is afraid of them… Why? Because these animals had been real dangers for our ancestors for tens of thousands of years and the fear of these “objects” ended up coding on our DNA. This fear which has been “transmitted” or “induced” by genes over time becomes an adaptive advantage because when people who have fear of these animals spot these animals, they will quickly move away from them, thus reducing the risk of being bitten. Today, the danger no longer exists, but the fear is still there as it is biologically coded in us. Indeed, the evolution of species is a very slow phenomenon on the scale of animal and human life. This type of mechanism can take tens, hundreds or thousands of generations to influence one way or another. 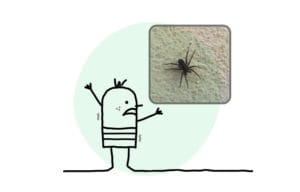 Social phobia is a category of disorders characterized by the subject’s fear of interacting with others. It is the fear of exposing oneself and putting oneself forward. It is the fear of speaking in public, the fear of talking to strangers, to people we like or impress, for example. This type of phobia can be very disabling, because it prevents the person from realizing his or her full potential with others. 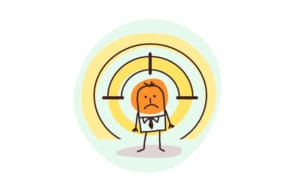 Panic attacks are a symptom, not a diagnosis. They cross the psychiatric nosography and are present in many clinical pictures. They frequently reveal a paroxysm of anxiety in the phobic patient, for example.

In terms of diagnosis, panic attacks (PA) become panic disorder (PD) when the attacks progress in series for at least a month and are of particular concern to the individual. Panic attacks are catastrophic reactions that are very distressing. Seizures can occur without the person understanding the meaning of the seizures or being aware of what triggers them. This leads people suffering from panic attacks to be afraid of the onset of attacks that may appear spontaneously and unexpectedly. Consequently, they fear to have fear. In terms of symptoms, fear of dying, going crazy or having a stroke, for example, are reported. People experience shortness of breath, strong palpitations, discomfort and tightness in the chest, difficult breathing, a lump in the oesophagus. Hyper sweating is frequently described (sweating +++), cold sweats and more or less strange body manifestations are sometimes present (such as the sensation of being crossed by one or more waves). A sensation of derealization (reality no longer seems as usual) and depersonalization (the person may feel like they are no longer the same person) is sometimes reported when the seizures are severe. Those suffering from panic attacks may feel as if they have completely lost control of themselves. The physical symptoms are so severe that people are often hospitalized in the emergency room on suspicion of heart problems. The revelation of a panic attack or the diagnosis of panic disorder is often made during a visit to the emergency room.

Generalized Anxiety Disorder or GAD is characterized by generalized anxiety affecting most areas of life. The persons then spend their time overwhelmed by their concerns. This excessively high alert level creates a situation of significant stress, which in turn generates anxiety, creating a vicious circle. Physical symptoms will appear as long as the person’s level of alertness is high: fatigue, difficulty concentrating, irritability, muscular and digestive problems, dizziness, headaches, sleep disturbances, palpitations. In addition, this state of tension can precipitate the person into other psychological disorders such as depression or other illnesses. GAD can promote behavioral or substance (screen, food, alcohol, tobacco) addictions. It often triggers a decline in confidence and self-esteem. 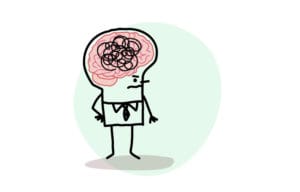 Obsessive Compulsive Disorder or OCD is characterized by the presence and combination of obsessions and compulsions. Obsessions are thoughts that are painful for the person. We can classify these obsessions into themes such as obsessions with cleanliness and defilement (the person thinks he or she is going to be infected with HIV, for example), obsessions with error and disorder (such as the fear of not closing a door properly), aggressive obsessions (fear of unintentionally hurting others) and obsessions with unhappiness or superstition (fear of bringing unhappiness to loved ones).

In person with OCD, compulsion will come, magically trying to cancel out the obsession. This compulsion is supposed to conjure up the obsession. Internally she says to herself “if I do this or that (compulsion), my fear of obsession will not take place”. For example, a patient is afraid of being contaminated by HIV without realizing it (this is his obsession), so he performs a mental ritual in which he repeats internally 15 times “HIV you’re dead, HIV you’re dead…” in order to conjure up, to “cancel” his obsession. Of course, in reality this strategy does not work, but on the contrary it maintains and reinforces the OCD. Yielding to the compulsion temporarily relieves the person’s anxiety associated with the obsession, but will reinforce the disorder, which will then persist.

How do we get out of this? Firstly, through Cognitive Behavioral Therapy (CBT) by working with the person on his or her overly concerned thoughts, this is the cognitive part of the therapy. Anxious, automatic thoughts will be identified. The psychologist will help the person to reposition himself in front of these thoughts. He will help the person to criticize his anxious thoughts, to take a step back from them. This type of work is specific to CBT and that’s why they are effective. Then the behavioral component will allow people with anxiety disorders and phobias to gradually learn to tolerate what they fear. Persons with OCD, phobia, generalized anxiety disorder, panic attack or panic disorder carefully avoid anxiety-provoking situations and the psychologist will gradually teach them to tolerate those situations by practicing exposure exercises. These exercises will be very gradual so that the persons learn at their own pace to tolerate what they were running away from. Little by little, through the sessions and exercises to be carried out in real life, the persons will get used to what they avoided confronting, until reaching what is called the extinction of the symptom, which of course remains the final objective of the therapy. We will then achieve the triad of exposure, habituation and extinction.

Secondly, by medications… but this is not always mandatory. Some disorders may disappear with psychotherapy, but in some cases in-depth treatment will be necessary. It is common that SSRI-type antidepressant is prescribed when an anxiety disorder is diagnosed by a doctor. It is more the anxiolytic effect (decrease in alertness and therefore anxiety) than the antidepressant effect that is sought. These medicines will be prescribed by your general practitioner or psychiatrist, as the psychologist is not a doctor and will not give you medication. 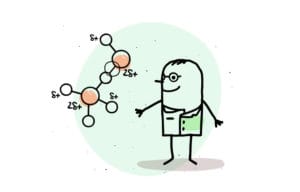 Thirdly, stress management. Do you have enough physical activity? Do you regularly do relaxation, meditation, self-hypnosis, sophrology, yoga? All these ancestral techniques are now recognized as effective in fighting against stress excesses, but never on their own because stress management is a set of methods to be used in conjunction with each other. Do you have times and places where you can express your creativity? Do you have one or more hobbies that free your mind? Is your sleep of good quality? Is your diet healthy and natural? In short, there are so many very concrete avenues to be developed in therapy to strengthen you and prevent possible relapses.

I’m going to teach you to gradually overcome your fear in those situations. The goal of the therapy is to allow you to regain control of your life through action.

In this section, you will find some books that deal specifically with social anxiety or social phobia, i.e. the form of shyness that prevents people from reaching out to others as they would like to.

A book on OCD for patients. It is a good complement to OCD therapy. The approach is CBT.