How to fight depression 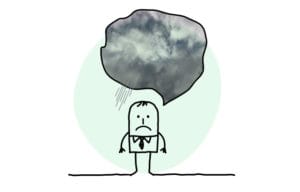 Depression is a very common illness. The WHO estimates that nearly one in five people have suffered or will suffer from depression in their lifetime. According to the Lancet (Lancet, Vol. 380, No. 9859, 2010, pp. 2163-2196), in 2010 approximately 298 million people worldwide would have suffered from depression, or 4.3% of the world’s population.

According to INSERM, data from the National Institute for Prevention and Health Education indicate that in 2010, 7.5 % of people aged 15-85 years old have experienced a characterized depressive episode in the last 12 months, with a prevalence twice as high among women as among men. The figures vary by age group: 6.4 % among 15-19 years, 10.1 % among 20-34 years, 9 % among 35-54 years and 4.4 % among 55-85 years of age groups. Among men, prevalence peaks in 45-54 years of age group (10.3 %). Depression is not limited to adults. The prevalence of depressive disorders is estimated at 2.1-3.4% in children and 14% in adolescents. In these young patients, the diagnosis is more difficult to make than in adults: the manifestations of depression vary according to the stage of development, which modifies the capacities of introspection and communication.

According to François Beck and Romain Guignard (Depression in France: changes in prevalence, recourse to care and the population’s sense of information compared to 2005, La Santé de l’homme, no. 421, 2012), every year in France, depression strikes 3 million people aged 15-75 (8% of the population). Twice as many women as men are affected and one case out of two is untreated. These figures are increasing as the precariousness and ageing of the population evolves. 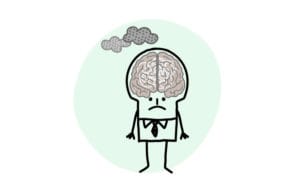 According to the DSM5, depression is characterized by :

A/ At least 5 of the following symptoms are present during the same 2-week period and represent a change from previous functioning: at least one of these symptoms is either (1) depressed mood or (2) loss of interest or pleasure.  Note: Do not include symptoms that are clearly attributable to other medical conditions.

1 Depressed mood which is present most of the day, almost every day, as reported by the person (e.g., feeling sad, empty, desperate) or observed by others (e.g., cries). (Note: In children and adolescents, this may be irritable mood)

2 Marked decrease in interest or pleasure in all, or almost all, activities, most of the day, almost every day (self-reported or observed by others)

3 Significant weight loss in the absence of dieting or weight gain (e.g., weight change of more than 5% in one month), or decrease or increase in appetite on most days. (Note: in children, take into account the absence of the expected weight increase)

4 Insomnia or hypersomnia almost every day

5 Psychomotor agitation or slowing down almost every day (observable by others, not limited to a subjective sense of restlessness or inner slowing down)

6 Fatigue or loss of energy almost every day

B/ The symptoms result in clinically significant suffering or impairment in social, occupational or other important areas of functioning

The episode is not attributable to physiological effects of a substance or other medical conditions.

What to do about depression ?

It is likely that only half of people with depressive symptoms seek help from a health professional. This is unfortunate as we know that it is detrimental for people and that recurrences of episodes are more frequent when there is no appropriate care.

Various forms of psychotherapy, including CBT for depression and MBCT, have proven to be effective in treating the disease and combating its recurrence.

I will suggest CBT because according to the latest research it is at least as effective as drugs. We will assess together the intensity of your depression and then work on your thoughts, which are biased by the disease. We will investigate for what you reinforce in the negative and what you trivialize or minimize in the positive. This is the cognitive aspect of the therapy. Other more behavioral aspects will also be proposed. For this, we will always start from your daily life.

A fascinating interview of Professor Fossati’s Psy Lab about his work on ketamine in the medical and experimental management of depression.