What are harassment and manipulation? The etymology of the word harassment is from the French “harceler” which means to exhaust the enemy by repeated raids. Harassment at work (or workplace bullying) was defined by the French psychiatrist Marie France Hirigoyen as “any abusive conduct (gesture, word, behavior, attitude, etc.) that undermines the dignity or the psychic or physical integrity of a person by repeating or systematizing it, jeopardizes that person’s employment or degrades the working ambiance”. “It is a violence with small touches, which cannot be spotted, but which is nevertheless very destructive. Each attack taken separately is not really serious. It is the cumulative effect of frequent and repeated microtrauma that constitutes the aggression”.

We can find on Wikipedia that “harassment covers a wide range of behaviors of an offensive nature. It is commonly understood as behavior that demeans, humiliates or embarrasses a person, and it is characteristically identified by its unlikelihood in terms of social and moral reasonableness.” These practices may cause mental or physical disorders that endanger the health of the victim (both male and female). Harassment is a destructive technique; it is not a clinical syndrome. This theme is situated at the crossroads of several fields: medical, socioeconomic, sociopsychological, judicial, ethical and spiritual. It affects work environment, school environment or a couple”. 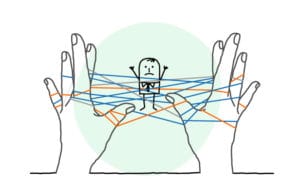 The concepts of harassment and maniplation became successful

In 1998, Marie France Hirigoyen published “Le harcèlement moral” (moral harrassment). She was the first to popularize this notion in French language. In this book, she describes the stalker as a narcissistic pervert. This original concept was forged in the 1980s by the French psychiatrist Paul Claude Racamier.

It’s a type of attack that usually happens between two people. Usually there are no direct witnesses, the narcissistic pervert isolates the victim from the others before attacking her. The victim can’t take others as witnesses such as her colleagues because they usually don’t see anything. The victim will frequently become isolated from the group as a result of the attacks. It’s as if the narcissistic pervert were digging a hole around the victim. This type of relationship can happen in any environment, either at home or at work. 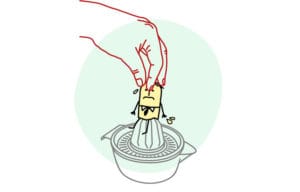 Victims of harassment and manipulation

First of all, we will verify that it is indeed harassment and manipulation and we will try to identify the personality of the aggressor. Be aware that it is not possible to change it and that the best strategy is often to flight. In the meantime, as long as you are confronted with this person, I will suggest protection strategies.