How to help overweight people,

To help overweight people, we need to understand more about them. What’s overweight? According to the WHO, overweight is characterized by the accumulation of body fat that can be detrimental to health.

An index, the BMI measures a person’s weight per square meter. The more our corpulence increases, the denser we are and the more important this figure is. It is an interesting measure to obtain a numerical and relatively objective value of our weight situation. However, as with any indicator or test, BMI should be considered with caution, as morphologies vary greatly. Another interesting indicator is the waist circumference at the navel, which allows us to objectify abdominal obesity, an important health risk factor. In order to measure your waist circumference, place a tape measure under your last measurement at the end of exhalation without exerting pressure on the skin. 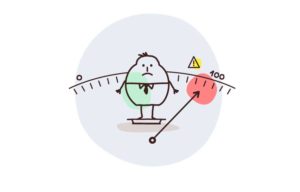 According to the WHO, waist circumference standards are as follows:

Beyond that, it is fundamental to understand that we do not decide on our morphology, which is largely determined by biological factors through our heredity and genetics. Not everyone can be a size 8!

Human is a bio-psycho-social being…

But for environmental and psychological reasons, some people would like to have a smaller body size than their own. In short, the environmental reasons that push us to like thinness are that in our society, thin people are seen as people with a strong capacity for self-control. They wouldn’t crack at the first cream puff or the first glass of wine they come across… Our western and contemporary society highly values individuals with strong internal control. They are seen as combatants, with a high potential for material success and they are especially in line with the modern and western vision of man as a self-fulfilling being without a nature of his own or a pre-established destiny… It is known for example that in the context of a job search, with comparable profiles, an overweight person will be selected less often than a person of normal corpulence. The same applies to the criteria for seducing women. They have internalized the social norms of thinness and thin women therefore, have an adaptive advantage on the scale of seduction. However, these social values are quite relative. Some non-Western societies as well as some African social groups see fatness as a mark of prosperity. This type of view could exist in the past when famines and food shortages were still rife. Those who were overweight were objectively more likely to survive and be able to provide for the clan than those who did not have any reserves on them in the form of body fat. In this kind of environment where there is no credit card and the hypermarket, the fat is attractive and desirable .

However, the reality of being overweight exists. It’s not just a fantasy or a figment of the mind to want to lose weight. Some people may lose weight because their “basic” body shape is not fat, but bad lifestyle habits have made them fatter and maintain or feed their overweight.

Stress is a very important factor here. It is common to observe overweight people eating their emotions and painful thoughts. When they are bored, when they are not feeling well, they eat… This allows them to temporarily avoid feeling their unpleasant sensations by putting in their place the eating sensations that are pleasant for them… People who do this eat more than their physiological needs require and they get fatter… It is then completely illusive to try to make them lose weight with a diet or hygienic rules. It would be like digging a hole to fill a person if the process of losing weight is not accompanied by an in-depth reflection on the psychological reasons that lead to being overweight. Let’s be clear. A person can be overweight for no psychological reason, he is and always has been overweight because it is his natural corpulence, but other people have gone more or less gradually from normal corpulence to overweight and those are concerned by the psychology argument. I created the method La Tête et le Ventre (The Head and The Belly) to meet the needs of people in this situation.

How can I help overweight people?

We will observe how you behave with food. Do you listen to your eating sensations? Do you rely on them to eat? Then we will work on the psychological aspects of your eating behavior. These two aspects are central in order to regain control of your eating.