What are psychotic illnesses?

Mental illnesses are illnesses that correspond to codified descriptions recorded in 2 reference manuals, the DSM (Diagnostic and Statistical Manual of Mental Disorders) and the ICD (International Classification of Diseases). These descriptions evolve over time just like mental illnesses, which are all situated at the articulation of 3 levels of reality :

The diagnosis is made by a psychiatrist in order to provide the therapy that is supposed to help the patient in the best possible way.

The notion of psychosis means that in the productive phase of symptoms, when the illness is active (which is not always the case), the symptoms of the illness will disconnect the person from reality by, for example, making him or her adhere to false ideas (delusions) or by deceiving his or her five senses (hallucinations). The person will be able to perceive things that do not exist, such as hearing voices, seeing things, smelling bad smells, feeling a bad taste in their mouth, feeling like they are being touched… All of these perceptions and ideas are usually distressing and represent stressors with no control. The person cannot act on them, he or she has no control over their manifestation.

We have seen that for a person to become ill, three types of factors generally need to be present: biological factors, psychological factors and environmental factors. The more factors a person accumulates, the more likely he or she is to (re)become ill…

Biological factors are necessary for the onset of mental illness. Biological vulnerabilities related to heredity are undeniable, especially in certain diseases such as schizophrenia or bipolar disorder. It is not possible to manifest these two illnesses without already having biological elements inherited from our parents and ancestors that will contribute to the onset of the illness. However, it is possible to present these biological vulnerabilities and never develop a disease, because if the biological factors are necessary for the appearance of symptoms, they are sometimes insufficient to produce the disease. Biological factors must be combined with psychological factors such as stress and/or environmental factors such as a stressful environment in order for the disease to appear.

Another biological factor is the age of disease onset. Attention Deficit Disorder with or without hyperactivity usually appears during childhood and before the end of adolescence. Autism appears in childhood, schizophrenia in late adolescence and early adulthood, and mood disorders from adolescence to adulthood. These windows of onset are organic and will eventually use a conducive environment to create a disease.

Another biological factor is the consumption of toxins. Any psychoactive substance may cause symptoms in some predisposed persons. They are therefore, advised not to consume illegal substances or even alcohol, which remains the psychoactive product most involved in the onset of mental disorders.

Drug treatment is one of the biological factors. When they are prescribed, a certain amount of molecules must be present in the body in order to contain symptoms and prevent relapses.

Stress is the first of the psychological factors involved in the onset of mental disorders. Good stress management is fundamental in order to counteract relapses of the disease. Stress management programs derived from behavioral and cognitive therapy modeling are good tools to strengthen resistance to stress and thus reduce the risk of relapse.

Negative life events encountered during development will also be among the psychological factors involved in the onset of mental illness. It is obvious that the earlier and more often these stressful or traumatic life events are experienced, the more likely that they will have a negative impact on people who are already vulnerable. In such situations, we have an accumulation of predisposing factors of a biological nature and triggers of a psychological nature.

What is called resilience is a psychological property that some people have. This property allows them, despite the presence of traumatic events, not to plunge into distress and illness. To do so, the environment must be able to offer resilience factors. A resilient person will know how to catch his or her factors… Resilience allows people to build and develop. It allows them to continue on their path despite the encounter of traumatic events. Thus, the individual will continue to lean towards existence and encounters rather than isolation and illness.

These are the elements that condition our environment. The first of the environmental factors is the family. A stressful, unloving, neglectful family will cause suffering and lack of opportunity for harmonious development. Some have not had the chance to be orphans…

Therefore, it can be said that mental illnesses of the psychotic type are the result of a combination of biological, psychological and environmental factors that together contribute to precipitating the person into the disorder and then the illness. The proportion, the “quotient” of each of these factors will be different from one person to another. 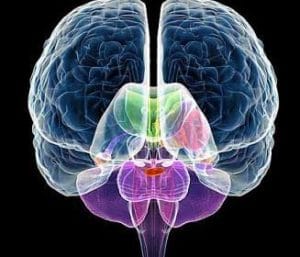 Mental illnesses are diseases of the brain

It is possible to treat these diseases, but not to cure them, i.e. you cannot remove their organic causes. Even in the absence of symptoms, the affected person is always likely to fall ill again if biological upheavals occur in the body, if stress becomes too great, if the environment puts too much pressure on the person…

Depending on a set of parameters such as the number of attacks, age of the disease onset, medication treatment will generally be maintained for life. The fact that the disease is not expressed despite its presence in the person is not insignificant. In fact, when the treatment is effective it means that the person is taking a remedy every day in the absence of symptoms, which is not very logical. This is one of the reasons why many people with mental illnesses stop taking their treatment one day or another since they can consider themselves cured as they no longer have any symptoms. They are often tired of swallowing pills that remind them every day that they are sick, that produce side effects such as weight gain, erectile dysfunction, mood disorders. .. This contributes to the relapse and the rehospitalization of the person. These cycles are sometimes difficult to stem.

One of the great difficulties of the disease is its chronic nature. Some people may have an isolated episode and never have symptoms again. This notion of chronicity means that during certain phases the disease will become active, producing psychotic symptoms, and at other times the disease will be less active or even invisible.

If a person is admitted to a medical institution, it is because the institution has recognized a mental disability status of the person. This person suffers in his or her daily life the effects and negative consequences of mental illness, which can be more or less active at a given moment.

This person’s vulnerability is greater than that of a person who does not have psychosis. Indeed, vulnerability is characterized by a more fragile balance than what is observed in everyone. A prolonged cessation of treatment, a consumption of toxic substances, a metabolic change, a period of significant stress, a more anxiety-provoking environment than usual and it is the whole body that will be disrupted to finally lead to the re-emergence of psychotic symptoms.

In a medical institution, care must be taken to ensure the internal coherence of the service in order to reduce the risk of relapse.

An important and frequent stress factor for psychotic people attending a medical facility is the lack of a common rule, in other words an unclear framework. Generally, the rules of operation exist, but they are not sufficiently respected by professionals, creating a kind of very deleterious vagueness in someone suffering from psychosis. These people are frequently anxious and the blurring of functioning can then exacerbate their worries, increasing their stress level and contributing to the reactivation of psychotic symptoms.

Traditionally, medial institutions are places of openness and negotiation. The rigidity of functioning is often badly perceived by educators who will point out that “everyone is different and that here we don’t function in an extremely tough situation, et cetera…”. Yes, but! With psychotic people, beware of inconsistencies and internal contradictions. When educators, who generally think they are doing the right thing, become too flexible in their functioning, a psychotic person may perceive something very distressing in their absence or lack of composure. If one is white and the other is black, the frame “doesn’t fit”, it is then perceived as unstable, which can be stressful for some psychotic people. As a result, their stress level increases, which contributes to the reappearance of the symptoms of the illness… All this because some professionals will not have considered it useful to comply with clear operating rules, established beforehand and as a team, stated and explained to the person when he or she arrives in the department. Team functioning and coherence are therefore crucial when dealing with people suffering from psychosis, even if they are stabilized.

The operating rules must be clearly formalized, stated and applied by all staff, from the person who provides maintenance to the management of the establishment and all educators. This effort to ensure consistency reduces the risk of seeing environmental factors destabilize the person being cared for and the flare up of psychotic symptoms.